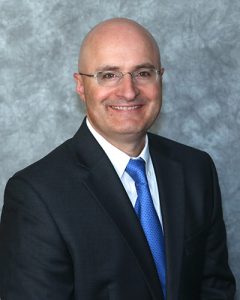 During his training, Dr. Haroun completed both a spine surgery and neuro-oncology fellowship. He has advanced training in minimally invasive and complex spine surgery. He employs the latest techniques to ensure the most favorable outcomes for his patients. Dr. Haroun’s mission is to offer personalized treatments for you, considering all conservative and surgical options, in a caring and compassionate environment.

Dr. Haroun earned his medical degree from Columbia University’s College of Physicians and Surgeons where he was elected to the Alpha Omega Alpha medical honor society for his academic achievements. Dr. Haroun is most proud of receiving the Arnold P. Gold Foundation Award for humanism in medicine, based on his delivery of kind and compassionate medical care. As a medical student, Dr. Haroun was awarded a prestigious Howard Hughes Medical Institute scholarship for his research in gene regulation at The National Cancer Institute. This work has been published in the journal “Science.”

Click to read what Dr. Haroun’s patients have to say! 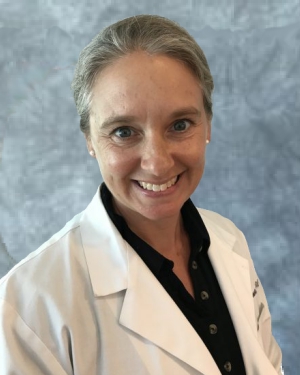 Marianne Garrett PA-C, graduated from the Physician Assistant program at George Washington University with honors in 2002. Her interest in neurology began during her undergraduate years at Mount Holyoke College in New England. That interest led to a Masters Degree in the Department of Neuroscience at Johns Hopkins University where she conducted research. Marianne joins the Maryland Spine Specialists team with twenty years of experience as a PA of which five years were devoted to spine surgery. She again looks forward to pursuing her interest in neurosurgery and spine surgery.

Marianne thoroughly enjoys her career as a PA, which allows for direct patient care and time in the operating room. She looks forward to meeting new patients and helping them to reach their goals and fullest potential. Marianne lives in Severna Park with her husband and three children. She enjoys baking, being outdoors, and spending time with her family.